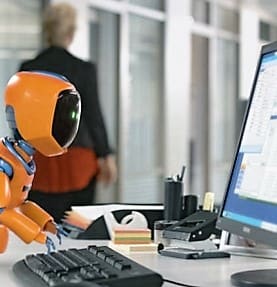 In autumn 2014 OpusCapita commissioned Coast Communications to make visible in Sweden OpusCapita’s successful leadership in its segment of the market.

The work has included public affairs, extensive media handling, specialized seminars as well as digital marketing. The outcome has, according to the results of completed measurements, exceeded the quantitative and qualitative targets that were set. As a result, Coast Communications is now assigned OpusCapita’s agency of record in Sweden.

“OpusCapita is a pioneer and should be described as such”, says Ulla Hemmi, CEO, OpusCapita Sweden. “The team at Coast has been able to join us in raising the issue of robotics from a one-sided discussion of job losses, to a description of a new reality that we are heading into.”

“OpusCapita possesses a vast knowledge of digitalization and software robots. Both areas generate interest among investors and policymakers on the Swedish market”, says KG Rickhamre, CEO Coast Communications. “We are proud and happy to represent OpusCapita as its partner in communications in Sweden, and look forward to our future work together.”

OpusCapita provides financial process automation – either outsourced or as a service – for more than 11,000 customers in over 50 countries. The company operates in nine European countries, employing 2,300 professionals. In 2014, net sales totaled to EUR 260 million. Customers in Sweden include CSN – The National Board of Student Aid and Nordnet Bank. OpusCapita is part of the Posti Group and is headquartered in Helsinki, Finland.

Coast Communications, the advisory firm, started its operations in Stockholm Sweden in 2001 with affiliates in Oslo Norway and Helsinki Finland. 2007 a sister company was established in Copenhagen Denmark. Coast Communications is a proud member of PRGN International, a global by invitation only network with 50 independent agencies with revenues over $100 million.In 2008 Coast Communications was appointed ”Sweden’s Best Agency” by the country’ s leading trade magazine, Resume, and the following year, 2009, it was nominated for a Columbi Egg for its work in the field of CSR. Among clients this year the agency beside OpusCapita, serves Alfa Laval, ICA, FOI, APL, Alstom Transport and Sectra.